Our intrepid artists are gearing up to share some life during our Madagascar Residency in August 2017.

Over the course of 3 weeks, our team will work with our incredible Youth Company at the Zara Aina Clubhouse in Antananarivo, helping them to hone their end-of-term shows for a community performance. They will then take our Third Years on a tour of Madagascar to perform their show for communities across the country, before returning home for a final round of performances.

While in Madagascar, our artists will also host workshops for kids with the local communities, sharing our principles and helping those kids to increases their confidence; enhances their self-expression; and engage with their community.

We need your support to help make this trip possible! In 2017, we’re bringing another great big group of awesome artists to join us for the entire residency & tour. All of our traveling artists are raising funds to underwrite the costs of their trip. Any donation, regardless of the size, helps to make this trip possible and will help us to make a difference in the lives of children in Madagascar. 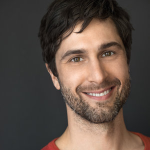 Todd has been volunteering with Zara Aina since 2013. This will be his second time to the Red Island. He can not wait to see/play/work with the kids! Todd also has a photography business,  www.toddestrinphotography.com. 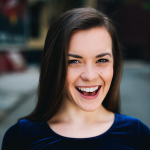 Caroline Grogan is a recent graduate of New York University where she received an Acting degree from the Tisch School of the Arts, with a double major in Journalism. Caroline is a mid-western girl from Dayton, Ohio. She first got involved with Zara Aina about 2 years ago after having Lucas as her teacher in the Meisner Studio at Tisch. She currently works at the Public Theater and is a puppeteer with Puppetsburg. She enjoys drinking tea and sending cards through snail mail. She is very excited to go to Madagascar—–this will be her first trip across the Atlantic! 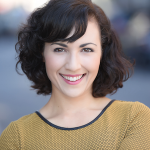 Karina Sindicich is an Australian born Actress based in NYC. She received her BA of Honors in Acting from LaSalle College of the Arts, Singapore. She is passionate about children’s education in the arts and has been teaching drama to kids and facilitating children’s edu-tainment for 12 years. In Singapore she was made head of curriculum development and lead drama teacher for The Learning Connections for drama and musical theater students aged 3 to 10 years old. One of her most treasured experiences was being a Captain Starlight (clown) for the Starlight Children’s Foundation Australia at a Sydney children’s hospital and being selected to be their National Ambassador. Since being in NYC she has become a volunteer / drama mentor for The Builders Of a New World program with the Actors Theater Workshop, teaching empowerment to homeless children. She recently went to Tanzania with The Dramatic Adventure Theater Company to teach drama to orphans and this summer is going to Ecuador to teach drama to indigenous children in La Selva, The Amazon Rainforest. Karina is so honored to be involved in Zara Aina and recently went on the trip to rural Alabama to work with BAMA Kids and it truly changed her life. 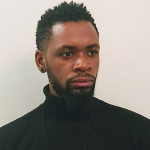 Stevie Walker-Webb is a director, performing artist, and cultural worker. He is a Princess Grace Award Winner- Gant Gaither Theater Award 2015. He is a Cofounder of the non-profit C.A.S.T. where he served as Executive Director. CAST creates theatre for social change. He’s served as the Artistic Director of the Jubilee Theatre and as a Teaching Artist with Mission Waco-Mission World where he devised work with urban youth, and the homeless community. He has worked as the Outreach Coordinator for Theatre of the Oppressed-NYC. He is a 2050 fellow at New York theatre workshop.He holds A MFA in directing from the New School for drama, and a B.S. in Sociology from the University of North Texas, and is a Hemispheric Institute EMERGENYC alumnus.
Stevie has developed work with: New York Theatre Workshop, The Public Theatre, La Mama Experimental Theatre, Lincoln Center Education, Dixon Place, TONYC, Theatre Row, Baby Crow Productions, Wide Eyed Productions, Petit Jean Performance Festival, New York International Fringe Festival, Jubilee Theatre, Texas Playhouse and the American Civil Liberties Union.