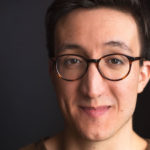 Justin Cimino (Artistic Director) received his BFA in Drama from NYU’s Tisch School of the Arts, and trained at the Royal Academy of Dramatic Art in London. As an actor, he has performed Off-Broadway and in many other productions in NYC. He has workshopped solo work under Austin Pendleton at The Directors Company. He has been a teaching artist for over a decade. He was hired by UNICEF to use Zara Aina’s theater work to mobilize communities in Madagascar to fight polio. Justin has directed and taught clowning and the devised “moment work” of the Tectonic Theater Project at NYU Tisch, Columbia University, the Studio/NY, and The Public’s Shakespeare Initiative. Recently Justin devised, wrote, and directed documentary theater pieces about a Jackson Heights hoarder, a triple amputee who runs a Hospice Center, and a 90-year-old woman who used to hunt Nazis. In the fall of 2018, he directed an all female version of Mary Stuart in NYC with his theater company Pigeonholed, of which he is the co-founder and Artistic Director. In the spring of 2019, Justin received a SU-CASA grant from the Queens Council on the Arts to build an original piece of theater with senior citizens in Queens. 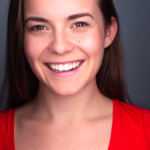 Caroline Grogan (Director of Development) is a NY-based actor and teaching artist. Some recent theater credits include: Bedlam’s The Crucible (Boston & NY) and Mona Mansour’s Beginning Days of True Jubilation directed by Scott Illingworth. She is a founding ensemble member of Society Theatre. Caroline received a BFA in Drama at New York University’s Tisch School of The Arts and double major in broadcast journalism. Caroline is the Development Associate at Bedlam Theatre Company. In addition, Caroline handles Bedlam’s social media and is an instructor & administrator for the Bedlam Education program. Caroline is a performer at Puppetsburg, bringing educational & interactive puppet shows to babies and toddlers across New York City. She’s also taught with Urban Art Beat & the Lead the Charge Program. http://www.caroline-grogan.com 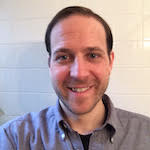 Seth Dranginis (Business Manager) is a New York-based non-profit arts administrator and producer. Seth has worked with arts organizations in the US and UK, including The Actors Center, the Alliance for Inclusion in the Arts, and the British American Drama Academy; he is thrilled to now be a part of team Zara Aina! As a producer, he has presented shows at the 78th Street Theater Lab and HERE! Arts Center and produced two short films. He has also worked Off-Broadway on ELLE, with Alan Cumming and Stephen Spinella. Seth has an B.A. in History from Columbia University in the City of New York. 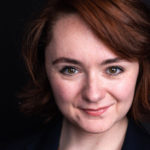 Sarah E.R. Grosman (Director of Community Engagement and Strategy) is a leader of community-engaged arts programming across the country and internationally. Collaborating with organizations of many creative mediums (dance, music, contemporary art, theater, international NGOs), her work pursues a merging of cultural diplomacy, civic engagement, and community development for and through the arts. Currently, she leads the Community Programs department at Turtle Bay Music School (NYC) and is the Director of Community Engagement for Zara Aina (based in NYC and Madagascar). Prior to this, Sarah was a founding staff member and community organizer for Public Works, the groundbreaking participatory theater program at The Public Theater (NYC/ Shakespeare in the Park). In 2016, Sarah was the United States delegate in Malta for the European Union’s inaugural Global Cultural Leadership Program in the framework of the Cultural Diplomacy Platform. As a theater director, she has worked at Shakespeare in the Park, LaMama, The Foundry, Intiman, The Old Globe, 5th Ave. Theater, and New York University. Sarah is a graduate of Cornish College, for whom she is a National Advisory Council member and a member of the Lincoln Center Theater Directors Lab. 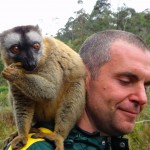 Lucas Caleb Rooney (Founder and Artistic Director Emeritus) is an actor and teacher from New York City. He teaches clowning at NYU’s Tisch School of the Arts, The Juilliard Schools and other programs. As an actor, Lucas has been on Broadway in Bartlett Sher’s GOLDEN BOY opposite Tony Shaloub, Mike Nicols’ production of THE COUNTRY GIRL with Frances McDormand and Morgan Freeman, and Jack O’Brien’s Tony winning revival of HENRY IV. Last year, he appeared in the world premiere of Caryl Churchill’s LOVE AND INFORMATION and as Barnadine in MEASURE FOR MEASURE with the New York Shakespeare Festival in Central Park and starred opposite Jeffery Demunn in DEATH OF A SALESMAN at The Old Globe Theatre. Lucas won a Drama Desk Award for his work in Michael Wilson’s production of Horton Foote’s ORPHANS HOME CYCLE. His clown show CREATION had a critically acclaimed run Off-Broadway. He most recently played Robin in Classic Stage Company’s production of DOCTOR FAUTUS with Chris Noth. In addition to his many theatre credits, Lucas has appeared in numerous television and film roles, including BOARDWALK EMPIRE, THE KNICK, THE FOLLOWING, THE GOOD WIFE, and of course the obligatory LAW AND ORDER. He recently finished shooting a role in THE DROP with Tom Hardy and the late, great James Gandofini. He can also be seen in Rob Reiner’s MAGIC OF BELLE ISLE with Morgan Freeman and starred opposite Amy Pohler and Will Arnett in ON BROADWAY. 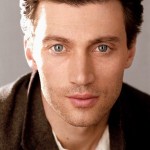 Bryce Pinkham (Founder and Executive Director Emeritus) is an American stage and television actor. He most recently starred with Elisabeth Moss and Jason Biggs in the Broadway revival of The Heidi Chronicles as Peter Patrone, for which he was nominated for an Outer Critics Circle Award as well as the Drama League Award for Distinguished Performance in 2015. In 2014 he was seen as Monty Navarro, the title role, in the Broadway production of A Gentleman’s Guide to Love and Murder, for which he was nominated for the Tony Award for Best Performance by a Leading Actor in a Musical as well as a Grammy Award. He also appeared in Ghost the Musical as Carl Bruner and in Bloody Bloody Andrew Jackson as Black Fox (his Broadway debut) as well as in Shakespeare in the Park’s Love’s Labor’s Lost. He also has a number of other Off Broadway and regional theater credits. His television credits include appearances on The Good Wife, Person of Interest, and the PBS mini series “God in America.” In 2012-13 Bryce was awarded the prestigious Annenberg Fellowship given to “a limited number of exceptionally talented young dancers, musicians, actors and visual artists as they complete their training and begin their professional life.” Pinkham is a graduate of Yale Drama School and spent time as a part-time faculty member of NYU’s Meisner Studio. Pinkham met Rooney in the company of a nine-hour cycle of plays by Horton Foote called The Orphans’ Home Cycle for which the entire ensemble earned a Lucille Lortel Award in 2010. Since that time, he and Lucas have shared duties teaching Clown and Physical Comedy at NYU’s Meisner Studio and The Studio New York. 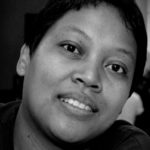 Alexandra Rahaingo (Operations Director) graduated with a degree in Business Administration and joined Zara Aina in 2018 after a long career with commercial companies. She is passionate about singing. She is a member of LAKA, an association for educational and artistic vocation which has produced great works such as Hongger’s ADVENTURES OF KING PAUSOLE, Orff’s CARMINA BURANA and Bizet’s CARMEN. Since 2015, she has been taking singing lessons with the soprano and president of LAKA, Holy Razafindrazaka. Alex also played Métella in THE PARISIAN LIFE by Jacques Offenbach and Augustine Brémond in LES ENFANTS DU LEVANT by Isabelle Aboulker. She is also a member of the ARC-EN-CIEL choir, a parish choir, and served as their president for many years. In her spare time, she studies the saxophone, trains singers, and leads weekly meetings with the young Scouts of Madagascar. 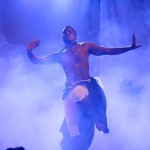 Louis Zo Rabearison (Program Manager) is a dancer and choreographer. He leads a dance troupe called Compagnie Tsiry, which fuses classic dance with traditional Malagasy dance, African dance and Hip Hop. Zo also coaches young Malagasy swimmers. As a sociologist, he is interested in sharing experiences, learning new approaches to apprehending social facts, the effects of technology and the impacts of traditions on people’s lives. 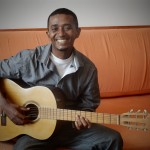 Rasolofomanana Alfred Leonard (Artistic Director) is the son of singers and artists. He started his career in the performing arts as a dancer at the age of 15. He continued his career as a musician for a local celebrity, BODO, and as a songwriter for his parents’ band. In 2000, he made his first steps into theater with the “Landy Volafotsy” and participated in various international festivals in the Indian Ocean Islands and in Europe. In 2005, he created his own theater group “Gas’Pira”. Since 2010, he collaborates with various artists from different backgrounds both as a musician, actor and theater teacher. 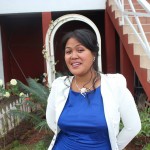 Maevanirina Sandaniaina (Social Worker) is an experienced social worker in Madagascar. An avid reader, she did well in school. From childhood, she was known for her love for taking care of her family and friends. Sanda first studied law and translation in college before deciding to pursue advanced studies in the social work field. She studied for 4 years. Subsequently, she has worked with several social NGOs and many aid centers for vulnerable families, children with disabilities, and community education for the sanitation of dwellings. Being a social worker was a childhood dream. 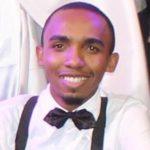 Rado Rakotomalala (Education and Theatre Assistant) graduated from the medical department of the University of Antananarivo and is an occupational therapist specializing in working with people who are physically and emotionally disabled and who are not self-reliant in their daily lives. Having found his appreciation for theatre after joining his church’s theatre troupe, he joined Zara Aina in 2018 and since then has worked with the team by tutoring children in subjects such as math, natural sciences, and languages, as well as helping educate the street children that Zara Aina has taken in as part of a development project helping disadvantaged youth in the surrounding neighborhood of the Center. 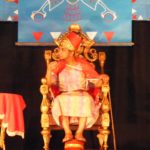 Aro Rakotobe Raoelina (Logistics Assistant) studied Geography at the University of Antananarivo, specializing in environment and land use planning. He then turned to a career as a freelance consultant regarding environmental and community development. After having played in a theatrical association (STK-HK FJKM Ankadifotsy) and after training in theater for development, he found his passion for theatre and joined Zara Aina’s team in 2018. He believes in the therapeutic effects of theater for youth development. Currently, he is training as a facilitator at CEMEAM (Training Center for Active Education Methods in Madagascar) in order to obtain a BAFA certification (Certificate of Fitness for the Functions of Animators) and to thereafter help the young beneficiaries of the Zara Aina Center to help prepare them for their future and to face life in society. 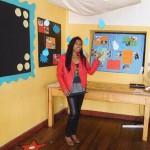 Rita Randrianiaina (Cook/Governess) has been working with Zara Aina since 2016. She loves cooking and taking care of the children participating in all Zara Aina projects at the center. Rita completed Zara Aina’s theater teacher training program in 2017. Since working at the center, she has studied computers in her spare time. Rita completed her BACC (high school diploma) in 2016 before joining the team. She loves teaching children about cooking and home economics and hopes they appreciate these life skills.